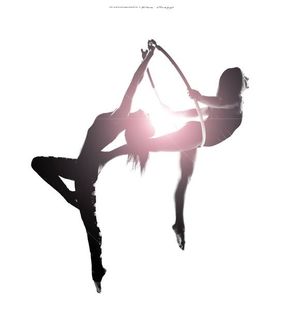 Moxie Mischief Aerial Arts was established in 2012. Since then, MMAA has grown by leaps and bounds. Moxie Mischief Aerial Arts is now the premier aerial facility in Dallas, specializing in Aerial Silks, Aerial Yoga, Lyra Hoop, Trapeze, Corde Lisse, Flexibility & more. MMAA has a strong background, and in just one short year has become one of the only Aerial Arts Studios to offer such a wide variety of aerialist skills and classes.

Jessica Harris, owner and instructor, has taught multiple forms of dance, gymnastics, and strength training that she has incorporated into the aerial arts disciplines. The studio focuses on providing a fun facility for flight, while keeping safety in the forefront of instruction. We encourage students to find their own voice and love of flying, and believe in creating informed students, able to find their own path of self expression. Moxie Mischief Aerial Arts is located in the legendary Inwood Village Shopping Center. With soaring ceilings as well as a shorter space for beginners, the facility and positive setting are the perfect venue for aerial classes and showcases. Classes are offered in beginner through advanced levels and are available in group and private lesson format. 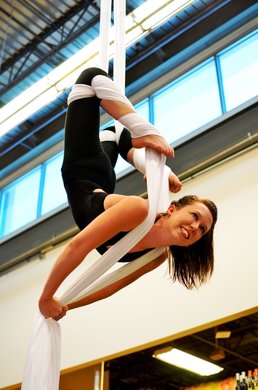 Jessica is a gymnastics coach by day, aerialist by night and a performer always. The owner of Moxie Mischief Aerial Arts, she has a background in gymnastics, tap, jazz, ballet and ballroom dancing. While Moxie began dancing at a very young age, it wasn’t until seeing her first Cirque du Soleil show “Quidam” that she knew aerial silks was something she had to do. And, although it wasn’t until years later that she discovered that she could actually learn this amazing art form, she was hooked at her first inversion.  She has a love for all things aerial, and she strives to share that energy with her students. A teacher from the beginning, she has spent years coaching gymnastics and dance to children and adults of all ages. She also spent several years teaching and performing ballroom dance professionally. In addition, she has also gone through the Aerial Yoga Teacher Training & Aerial Fabric Teacher Training program at Aircat in Denver, Colorado, as well as, the Lyra Certification Program designed by Kate Edwards out of the UK. Moxie now teaches all forms of Aerial Arts including aerial silks, lyra hoop, cube and aerial yoga. She also offers Performance Technique classes and several Strength and Conditioning options.

With a love of adventure, Moxie enjoys anything that provides an adrenaline rush. From rock climbing to bikram yoga, bellydancing to hiking, fire poi to free-falling 18 stories, Miss Moxie has an adventurous spirit and a passion for what she does that translates wonderfully into her teaching.
Brandi Cooling 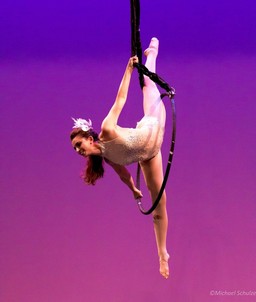 Brandi teaches beginner and intermediate lyra as well as abs. Brandi's career in dance began long ago at the tender age of three. This passion has continued well into adulthood although she has now traded her pointe shoes and tutu for a shiny silver pole and steel hoop (admittedly she sports the occasional tutu). Born and raised in Houston, Texas, Brandi relocated to Dallas for college and to pursue a career. Brandi began pole fitness in early 2012. She soon transitioned her love of pole into aerial hoop in 2013 and was instantly hooked. Her love of Aerial dance has allowed her to continue her to share her passion with others through performance and instruction.

Brandi is available for private lessons in lyra.
Jennifer Cody 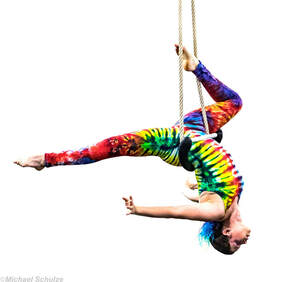 Jennifer teaches beginner and intermediate static trapeze, dance trapeze and aerial silks (fabric). Jennifer began training aerial fabrics in 2011 and hasn't looked back since! She has enjoyed expressing herself through movement for most of her life... she began studying ballet at a young age and has dabbled in many dance arts including jazz, hip-hop, modern dance, and pole dance, but it wasn't until she tried aerial circus that she discovered her passion. Jennifer has been teaching fabrics since 2012 and trapeze since 2015, and she completed foundation and intermediate level fabrics and trapeze instructor training with Elsie Smith and Serenity Forchion at the New England Center for Circus Arts and earned a Foundation Level Fabric Instructor Certification from Nimble Arts under the mentorship of Elsie. She has also completed a 500-hour yoga teacher training course. Outside of the studio, Jennifer completed her undergraduate studies in anthropology at the University of Oklahoma and earned a Masters of Science in Communication Disorders at the University of Texas at Dallas. She currently works full time as a speech-language pathologist and Clinical Supervisor for a local nonprofit helping people with Parkinson’s regain their communication skills. 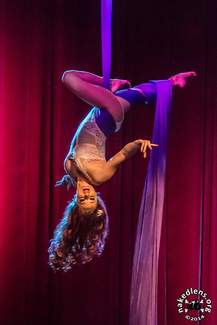 Jennifer (Scarlett) has a background in gymnastics as a child.   She was born and raised in Missouri.   From one of the smallest towns (which there are so many there) in Missouri.  After taking a break to have a family, she never lost the love of performing, stretching, and being active.  She had been to the circus to see performers on different apparatuses, but always loved aerial silks.   She did not think they offered classes to teach this sort of thing.  After attending a bachelorette party, watching the biggest guy fly with the greatest of ease.  She was hooked.  She knew there had to be classes offered somewhere in the Dallas Fort Worth area.  She found several places that offered classes but it wasn’t until she found Moxie Mischief is where she found a home.  She started training on aerial silks (fabric) and lyra in 2013.  As she started this new love of circus, she never dreamed that she would be performing and teaching. 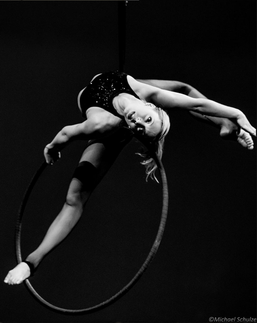 Kelly teaches beginner lyra. She holds an M.S. in exercise physiology from Texas Christian University. Kelly began competitive gymnastics at an early age and trained for many years at Biron Gymnastics in Houston. While an undergraduate student at Baylor University, she competed with the Baylor Gymnastics Team. What attracted Kelly to lyra was both the fun and athleticism involved in learning the art. Kelly lives in Dallas with her husband Trent and her dog Bear.

Kelly is available for private lessons in lyra. 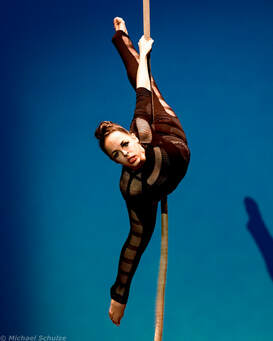 Tricia teaches beginner rope and silks.  Born and raised outside Philadelphia, Tricia has traveled to various places seeking adventure, sun, and sand.  Tricia received a B.S in Programming from St. Joseph's University and an M.S. in Management from Stevens Institute of Technology.  She has worked in a wide range of industries from ranch hand to rocket scientist and now works as a program manager for a tech company.  January 2013, she bought a groupon for a flying trapeze class in Hawaii and was instantly hooked.  After teaching flying trapeze across the country she started cross training with aerial classes in the off season and hasn't looked back.  She loves being a part of the amazing world of circus and the family that comes along with it.

Tricia is available for private lessons in Rope, Silks, and Conditioning. 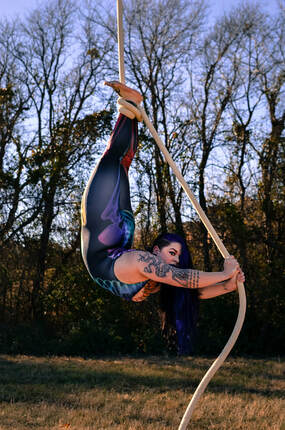 Dahlia Lee is no stranger to the performing arts. She has been on stage in one way or another for over 20 years so it’s no surprise that aerials caught her eye and she instantly fell in love. Her favorite apparatuses are hammock, chains, and rope but she can never forget about her first loves; silks and lyra. She is a singer, musician, aerialist, art enthusiast, and mermaid wannabe. Dahlia is often heard long before she’s seen because she’s loud but also extremely short. Though, she puts her strong voice to good use with words of encouragement and she never misses a chance to sing or dance in the air while she’s showing the next move. She loves to challenge her students physically and mentally and she might get excited about conditioning but it’s only because she knows from personal experience that with conditioning comes more strength, more reward, and more fun challenging moves. She truly enjoys seeing her students achieve something they didn’t think they could do. 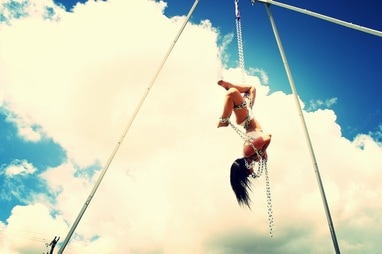